Children are at great risk of injury when they jump on trampolines. Sprains and fractures in the arms and legs and head and neck injuries are all possible outcomes of this activity. Because of the increased risk of injury, the American Academy of Pediatrics strongly advises against using trampolines at home. Injuries at trampoline parks are also on the rise. 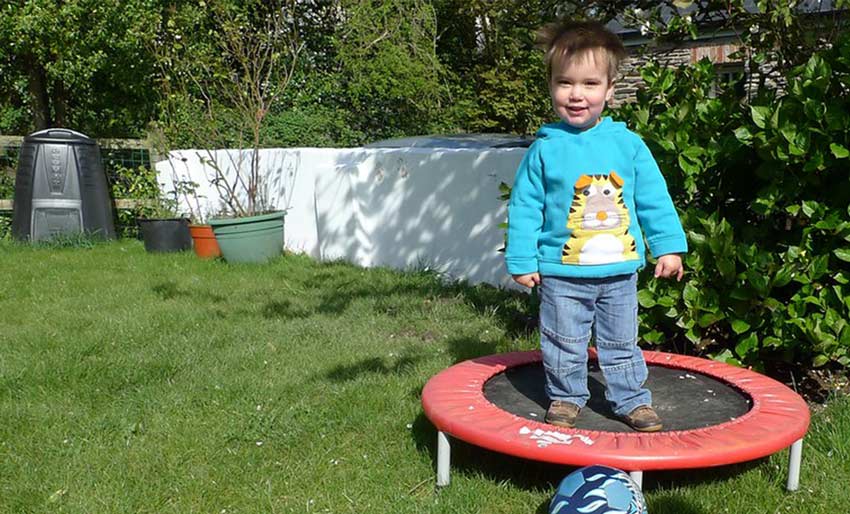 Trampolining for toddlers is a great way to have a good time that adults and children alike appreciate. We frequently indulge in recreational activities with our loved ones during our free time to relieve stress and exercise the body for good health.

Trampolines or Bounce Mats come in various forms and sizes, ranging from 5 feet to 15 feet; however, small trampolines or rebounders are the most acceptable trampolines for toddlers.

Toddlers are always on the go, and they treasure their free play time because it allows them to go around, have fun, and learn new things about their surroundings. Do you remember how much fun you had as a kid when you went to a trampoline park?

Aside from the inexplicable excitement and pleasure experienced during this exercise, trampolining with your lovely kid has several additional physiological and mental benefits.

At What Age Can Children Start Using Trampolines? 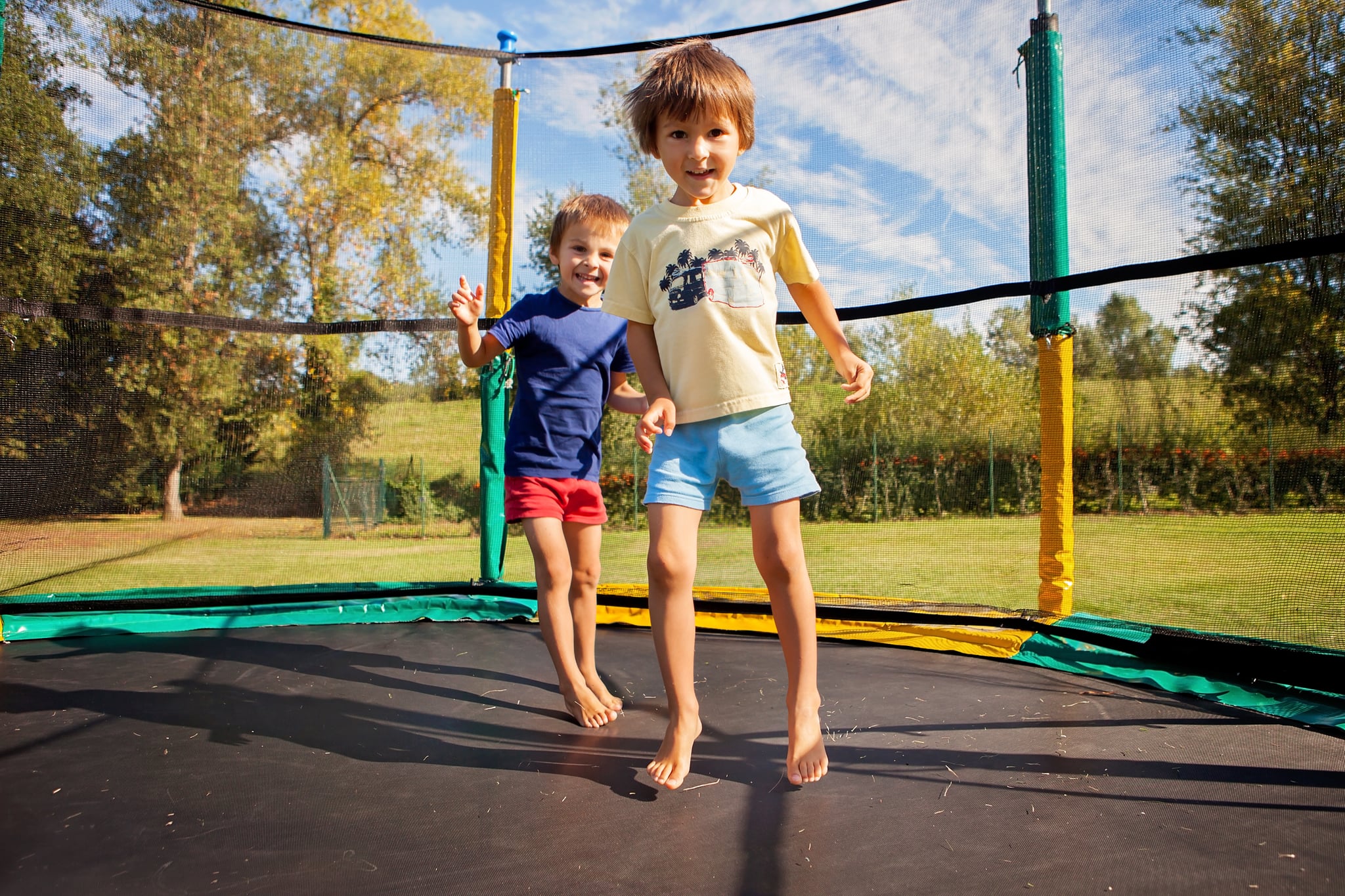 Here are the safety precautions for each age group:

A trampoline should never be used by small children, particularly toddlers. Because of their small stature, they are more likely to be injured.

A full-sized trampoline is available to children aged six and up. They do, however, require adult supervision, especially if they are under the age of ten.

Because their bones are still young, children between the ages of 5 and 9 are more prone to fractures. Strains and sprains are more common in older children.

Trampolines are safe for teenagers and adults when used appropriately. Even so, it’s advisable to proceed with caution, especially if you have a chronic illness or have just had an injury.

It is not just the child’s age that matters, but also the trampoline’s size. Children under the age of six should begin with smaller trampolines since the rebounder may be too powerful and rigid when they land. A quality children’s trampoline would be preferable.

According to some sources, the ideal trampoline size for children aged 6 to 10 is eight by 12 feet. Because your children are still young, they may have a lot of fun on the smaller trampolines until they learn how to jump safely.

When your children reach 11 or older, you should consider upgrading to a 14-foot or bigger model. The biggest sizes are designated for physically mature older teenagers and adults.

Follow these critical safety rules if you allow your child to use a trampoline:

Use Safety Nets And Pads

Install a trampoline enclosure – a specific net intended to enclose the trampoline — and use safety pads to cover the trampoline’s structure, springs, and surrounding landing surfaces for home trampolines. Check the equipment for rips, detachments, and degeneration regularly.

A fall from a higher vantage point raises the possibility of harm. Make sure the trampoline is placed far enough away from trees and other potential risks.

If you use a trampoline ladder, make sure you take it down after each usage to prevent youngsters from gaining unsupervised access.

Keep in mind that trampoline injuries happen all the time, even when adults are present. Ascertain that adults are actively enforcing safety standards.

Just look at some recent trampoline incidents to realize how easily children may be injured while trampoline.

The following are examples of recent trampoline accidents and injuries:

– At a popular trampoline park, broken bones from bigger kids falling on younger kids or legs stuck between the mat and metal frames.

– During the COVID-19 epidemic, some catastrophic injuries occurred at home.

The majority of these injuries were not caused by falling off the trampoline, as many parents believe. Trampolines have also been known to kill youngsters.

The Risks of Purchasing a Trampoline

In 2014, the Consumer Product Safety Commission and the American Academy of Pediatrics reported 104,691 hospital emergency room-treated trampoline accidents, most of which occurred in young children and teenagers.

Many of these trampoline accidents happened as a result of:

You used to like jumping on a trampoline when you were a kid. Now that you have children of your own, you want them to participate in the same activities that you did as a child. Jumping on trampolines is one of these pastimes. While there is no established minimum age, if your children are under the age of six, you should continue with care. When they are two, three, or even four years old, not every child is ready to jump. To reduce the risk of injury and have as much fun as possible, make sure you educate your kid’s appropriate trampoline safety.

It’s also crucial to inspect the trampoline regularly to ensure that it’s in excellent functioning order and hasn’t been subjected to a safety recall. Keep in mind that the padding and enclosing net on a trampoline will likely survive longer than the frame and mat and will need to be changed at some point throughout the trampoline’s lifespan.

10 Best and Safest Trampolines for Kids 2022
Are Trampolines Safe For 3 Year Olds?
Can You Go Over The Weight Limit on a Trampoline?