Trampoline noise concerns are one thing that may put a damper on all of the fun we could be enjoying on our trampolines. Fortunately, there is a slew of options for reducing trampoline noise, and we’ll go through them all right here. However, before we get started, let’s have a look at why trampolines become squeaky over time.

Why Is My Trampoline So Noisy and Squeaky? 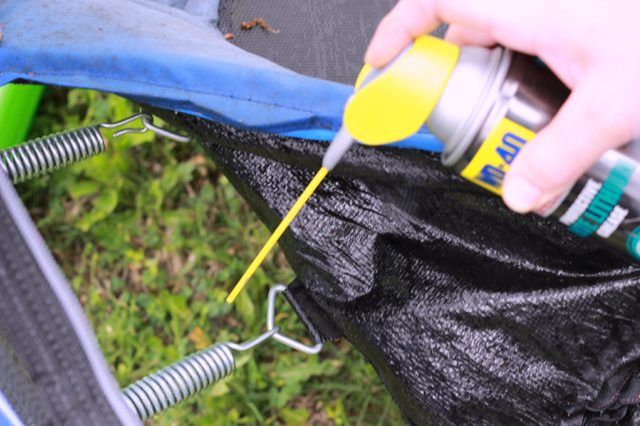 As you might expect, constantly jumping on anything will cause it to create some sort of noise. Trampolines, on the other hand, are designed to be jumped on! So, why are they making such a racket?

The other alternative is far more difficult to correct. If you see some rust on your trampoline, it may be repairable. If the structure has corroded through, however, it is no longer safe to leap. You should replace it for a variety of reasons, not the least of which is to minimize trampoline noise complaints.

Even after removing the friction and rust, certain trampolines will continue to squeak. If this occurs, you may be dealing with a mat issue. However, this is usually a simple remedy.

Allow us to explain why trampoline springs are the most common source of trampoline noise. But how can they possibly be quiet? While the springs are the ideal design for providing exactly the appropriate amount of bounce when we’re bouncing around, no one ever said they were silent.

Because the spring is an extremely tight coil, it creates noise as it snaps together. The resultant sound is one of our favorite aspects of trampolines. If you hear that sound, you’ve already taken to the air. Nonetheless, trampoline noise complaints are unavoidable if someone is especially sensitive to any sort of sound.

However, we should all try our best to concentrate on what we can change. That implies we’re concentrating on maintaining the spring itself clean and lubricated in this case. We’ll also want to pay attention to the eyelet on the frame where the springs attach. In fact, merely lubricating this region may often eliminate the majority of the noise.

Mini trampolines, also known as rebounders, might start squeaking after a time, much like larger yard trampolines. If the trampoline contains springs, the causes are typically the same.

Some small trampolines, on the other hand, have managed to avoid the noise problem. While many of them still rely on metal springs to secure the mat to the frame, some utilize bungee cords. As a result, the mat is attached to the frame with a robust and flexible fabric that should be quieter than metal springs.

However, the main issue with smaller trampolines is that we utilize them in our houses. Even though most of them have rubber covers on their feet to prevent them from sliding or making an impact on the floor, they will still be noisy. Simply keep the trampoline on a mat to avoid trampoline noise complaints from your downstairs neighbors.

How to Get Rid of Trampoline Noise? 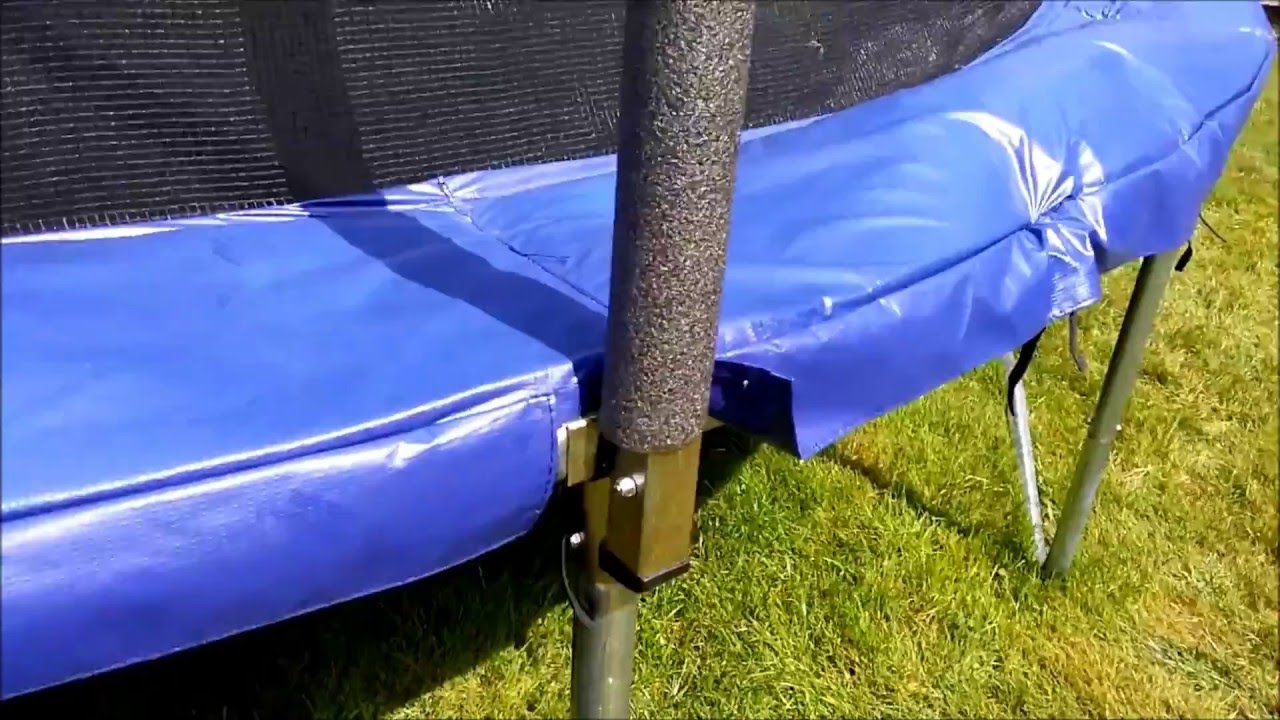 Finally, we can provide some advice on how to keep your trampoline quiet. But first and foremost, keep your hands safe when working with sharp metal pieces. Trampoline springs may be dangerous, so exercise caution if you’re not used to working with them. So, what should we do first to get our trampolines to stop bouncing?

The squeaking sounds can sometimes be heard originating from the mat itself. You should be OK as long as you do regular trampoline maintenance and clean away any excess dirt. Just make sure the trampoline isn’t damp since this might add to the loudness. Not to add the dangers of jumping on a wet mat.

You might be able to remove rust from your springs or frame using a rust remover if it’s just starting to appear. Simply spray the liquid where it’s needed and let it settle. You might be waiting anywhere from 15 minutes to many hours, depending on the instructions stated on the goods you purchased. After the solution has worked its magic, scrape the rust away with a tiny nylon brush.

The rust remover should not be left on the trampoline frame. So, when you’ve finished washing, rinse the frame and springs with water. Clean clothes should be used to pick up any surplus water. Alternatively, you may just dry the trampoline in the sun.

When it comes to working with moving metal parts, WD-40 is practically a miracle substance. It is not only a good lubricant, but it also serves as a corrosion inhibitor. While you’re spraying the frame joints and springs, have a friend or your child bounce on the trampoline.

After all of that, we’d be shocked if your trampoline is still squeaking. If the noise persists, just lubricate the trampoline with oil or even Vaseline. Take a pea-size quantity from the saucepan using the tip of your finger. After that, insert it into the eyelet on the upper side, where the spring hooks into the frame. Keep in mind that the product will coat everything after a few minutes of bouncing on the trampoline.

6. Repair or replace any damaged springs

As a trampoline owner, you should also know how to tell whether your springs need to be replaced. It’s time to replace the springs if the rust has progressed. Measure and count the length of the ones you have. Then go to your neighborhood hardware shop or an internet vendor. Springs are quite simple to get by.

The screws, of course, are the other metal pieces on the trampolines. They may generate a trampoline noise annoyance for a variety of reasons. For one thing, they could have fallen loose, causing the entire trampoline to shake as you bounced. Furthermore, the screws might be rusted, in which case you should remove and clean them. After that, spray them with WD-40 and reinstall them. Alternatively, you may purchase fresh ones.

8. Bolts should be used instead of screws

On the other hand, Bolts can be used instead of screws if you want a connection that will not budge — and therefore won’t make the creaking noise caused by metal shifting against metal. Because these fasteners will not come loose, the trampoline will not rattle.

You might even take precautions to avoid trampoline noise concerns entirely. You may maintain the tramp upright in addition to the normal maintenance you should conduct on it on a regular basis. The strain on the joints should be reduced as a result. You can keep the trampoline in good operating order for years with a little elbow grease.

What If My Trampoline Is Already Assembled And Squeaks?

Noisy trampolines may be aggravating; although some can be readily repaired, others might be difficult to pinpoint the cause of the noise.

Any noise created by the frame or springs might reverberate throughout the whole frame, possible to determine where it is originating from.

Noise is usually caused by:

What If The Trampoline Is Still Noisy?

If the kids have jumped on after these inspections and the trampoline is still noisy, I’m afraid it’s necessary to remove the trampoline and inspect the frame joins, especially the square tube outer joiners, for burrs and wear patterns:

Hopefully, the information in this post will assist you in achieving squeak-free leaping!

Do Trampolines Affect Homeowners Insurance?
How To Measure Trampoline Mat?
Can You Put A Trampoline On Uneven Ground?